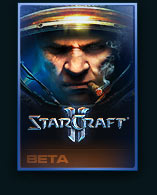 The purpose of a beta is to have a large number of users testing for bugs and to test StarCraft II's multiplayer balance. Blizzard expected to make changes once a week. In order to process the large volume of feedback, some information was collected by surveys.[3] 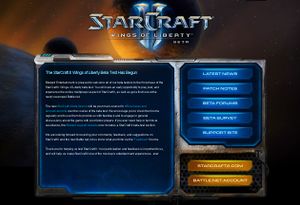 The release of StarCraft II had been delayed to mid-2010[4] to give adequate time to prepare Battle.net.[5] 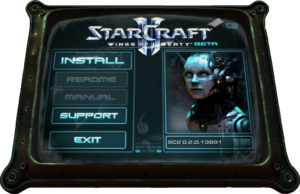 After the initial wave of invites that included both those who opted-in and those who received beta keys,[7] more players were added when they needed to test with more users.[8] Blizzard did not release the beta in different regions individually, as they set up beta-testing infrastructure in each region.[9]

Blizzard traditionally offered 40,000 beta keys, but expectations for StarCraft II were larger.[10] Blizzard aimed for 10,000 players online at one time during the beta.[11]

On March 25, 2010, the beta database was wiped, removing characters, friends lists, profiles and ladder/league placements.[14] The process was repeated on April 22nd[15] and again in June.[16]

The second phase was open in Taiwan and South Korea (rather than a closed beta as elsewhere). South Korea will have access to the full game a few days early.[20]

The StarCraft II beta was available for download from a Battle.net account that has been invited or by a key.

StarCraft II beta was multiplayer only and contained some Battle.net 2.0 features such as the friends list and party system; although cross-game functionality was not immediately present.[21]

Access to the Galaxy Map Editor was made available in April 2010 with Beta Patch 9.[15]

Voice chat was available between users and users could move together as parties, in a feature taking some reference from World of Warcraft that was introduced with patch 2.2.0.[22]