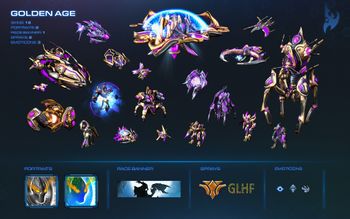 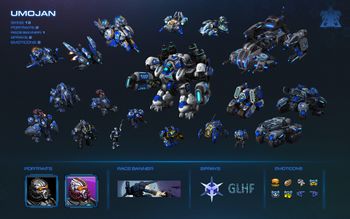 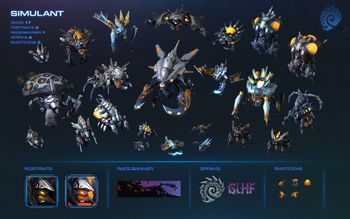 The new cosmetic for StarCraft II is banners. They are a new way to customize the look in StarCraft II and are displayed when loading into a game in Versus or Co-op. Each War Chest that is purchased comes with its own race-specific banner, and if one picks up all three, they'll also receive the exclusive "random" banner for those that let fate choose their race.

Along with all these new items and skins, this War Chest also includes a 50% boost to experience earned when playing Co-op. Unlike previous War Chests, this boost will not be limited to 30 days but it will be active for the entire duration of the War Chest event. This means from August 9 until December 6 to level up any commander in Co-op.

The following rewards are given upon the first purchase of any War Chest: