From Starpedia
(Redirected from Wings of Liberty)
Jump to: navigation, search
This article is a stub. You can help Starpedia by expanding it. 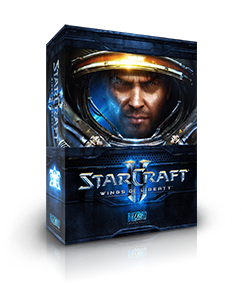 StarCraft II: Wings of Liberty is a military science fiction real-time strategy video game developed and published by Blizzard Entertainment. It was released worldwide in July 2010 for Microsoft Windows and Mac OS X.[2] A sequel to the 1998 video game StarCraft and its expansion set Brood War, the game is split into three installments: the base game with the subtitle Wings of Liberty,[1] an expansion pack Heart of the Swarm, and a stand-alone expansion pack Legacy of the Void.[3] The digital sales went live on July 27, 2010.[4]